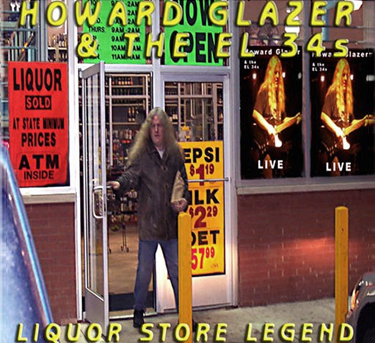 Hard driving electric blues guitarist Howard Glazer and his trio (Bob Goodwin, bass and Charles Stuart, drums) are back with their second Random Chance Records release. Besides the trademark high voltage guitar work and gritty vocals, Howard and the EL3s have added a wailing killer of a Hammond B3 organ player in the person of Larry Marek, and a crew of backup singers (Sean Bondareff, Mike Blaszkiewicz, Stephanie Johnson, Bob Godwin and Maggie McCabe). For booking contact: howardglazer13@aol.com. 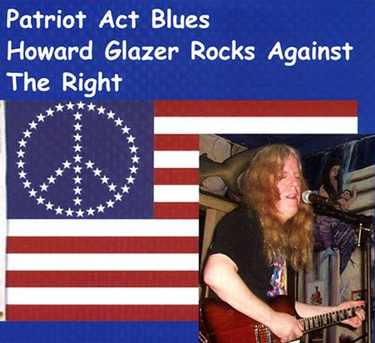 "They call it the patriot act but how can a patriot act that way?" So begins Patriot Act Blues , one song from a forthcoming album: "No War, Free Thought, Equal Rights" featuring several artists and musical styles to be released in the spring of 2006.

Howard Glazer accompanies himself on this multi-tracked Random Chance Records single. "They call it the patriot act but how can a patriot act this was..." Lyrics by Rick Congress. 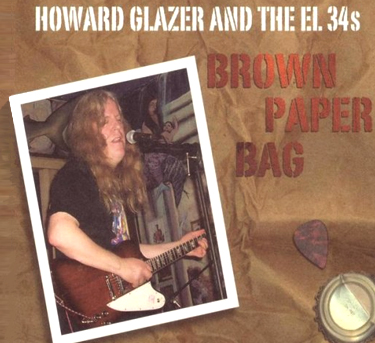 Howard Glazer is a Detroit native, moving only for a few years to nearby Chicago where he honed his blues skills before returning home. Growing up there was always music in the household; both of his parents were musicians and his two older brothers played music also. It was in this environment that Howard developed a wide range pf musical tastes and influences. A variety of musical endeavors continued to mold Howard's unique style, most notably his recent work with Harmonica Shah who he's toured the world with several times. Howard's new record "Brown Paper Bag" expounds on the blues rock mix, taking it to another level. While maintaining his blues integrity, Howard and his band members Bob Goodwin and Charles Stuart have opened up "full throtttle" for an approach that promises to deliver in the uncompromising manner that the Motor City is known for.