The Brotherhood of the Jug Band Blues 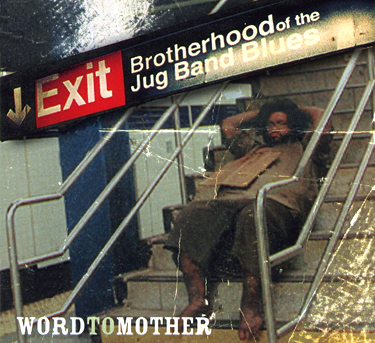 The Brotherhood of the Jug Band Blues features Ernesto "lovecat" Gomez on lead vocals, guitar, harmonica, kazoo and whatever else is within reach; Artie "jugman" Stiles on jug, vocals and harmonica; Steve Strohmeir - "Brooklyn Slim" aka "Stoned Wheat Thin" guitar, harmonica, kazoo & vocals; Eli "Sweet Son" Smith, washboard rhythm, Vocals and manjo (half banjo and half mandolin). They are a New York phenomenon, both carrying on the venerable jug band tradition and adding a new crazed dimension. Check them out at the Jalopy Theater in Red Hook, Brooklyn or at Banjo Jim's in the East Village.

This track, Jalapeno Witchie, is from the Random Chance Records release, Word To Mother, the Brotherhood of the Jug Band Blues, a NYC based jug band that gives a new twist to a traditional musi form. CD includes lead vocalist Ernesto Gomez, washboard artist Eli Smith and others.