An exciting and innovative new vocalist 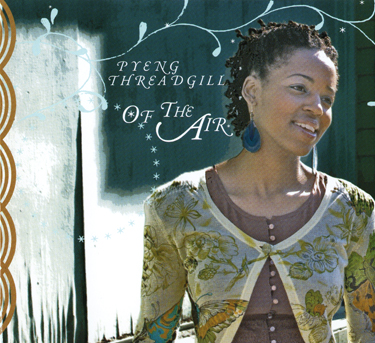 Vocalist Pyeng Threadgill's second album features her own compositions as well as Fats Waller's Jitterbug Waltz. Once again listeners have a chance to hear her unusual and compelling arrangements and her incomparable voice. Going beyond a blues or jazz category, Threadgill's music will touch many varities of music fans.

Vocalist Pyeng Threadgill sings her own compositions on this Random Chance Records release title Of The Air. 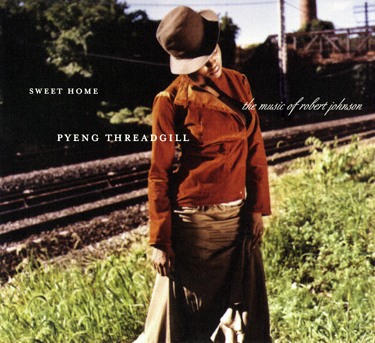 Pyeng Threadgill is the daughter of free jazz artist and composer Henry Threadgill and dancer & coreographer Christina Jones (who was also a founding member of the Urban Bushwomen). As an exciting and innovative new vocalist she is continuing the family's creative traditions. With this first release (both as featured artist and the Producer) the young vocalist has assembled a talented group of musicians and written dynamic new arrangements of the haunting blues songs of Robert Johnson. Rather than a do a reprise of music that originated in the Mississippi Delta in the 1930's, she has created a new take on the legendary RJ's blues that unites it with the sounds of our times--jazz, latin rhythms, reggae, soul, pop and hip-hop. Artist Web Site.